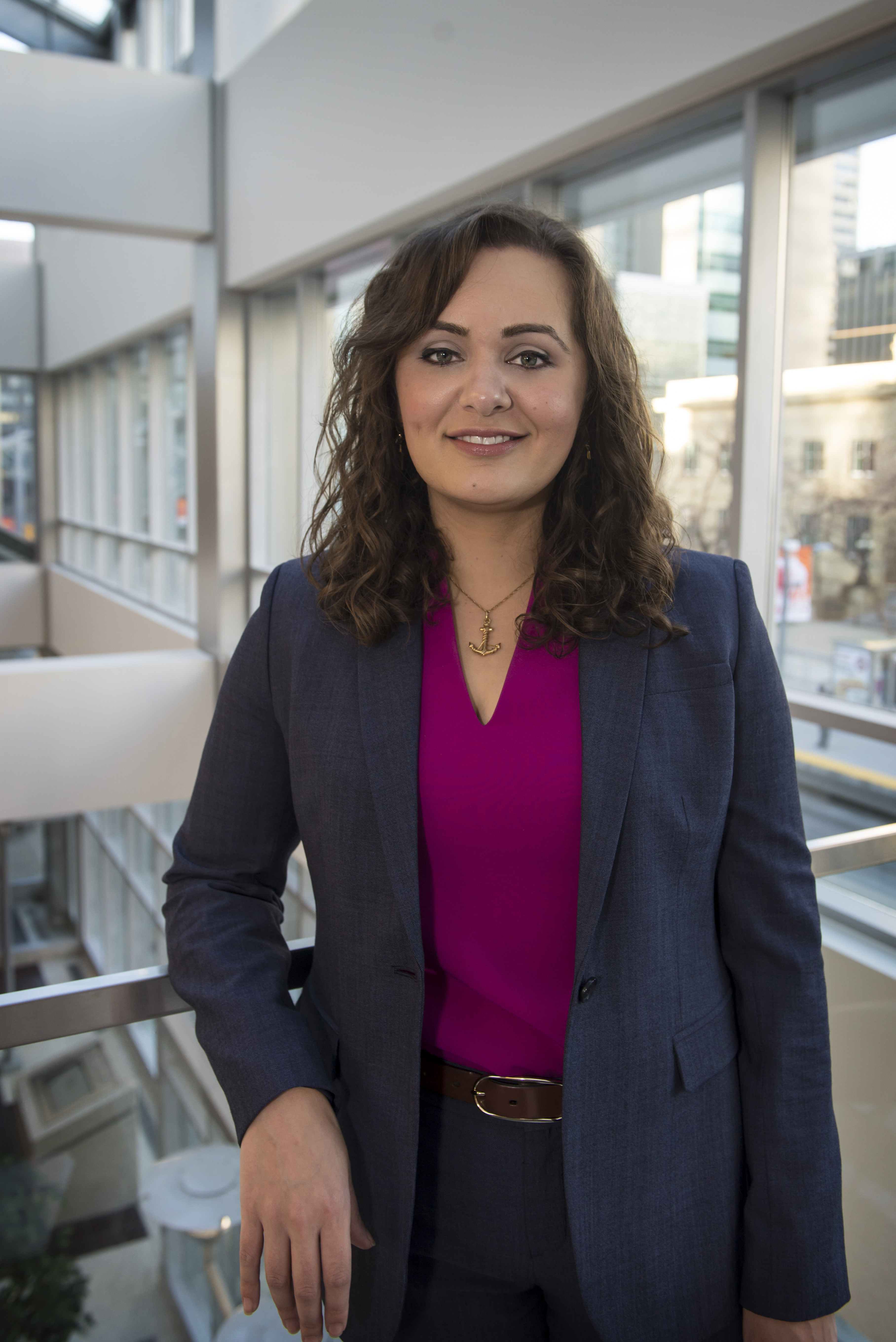 Growing up as a young girl in the Middle East, Esmahan experienced firsthand the hopelessness and frustration that happens when a citizen feels that their government is no longer listening. After immigrating to Canada at the age of 13, Esmahan knew that she would spend her life giving back to the country that has given her so much and that one of the ways that she would do that is by making sure that members of her community always felt heard and engaged.

As Calgarians face hard times brought about by a relentless economic downturn, Esmahan noticed a recurring theme: so many Calgarians are frustrated because they feel that their concerns are not being listened to by City Hall. That’s why Esmahan decided to use her passion for public service and her proven abilities as a changemaker to represent the constituents as their next City Councillor. To represent you to the best of her abilities, Esmahan wants to hear from you.

Esmahan is a Proud Calgarian

In December of 2010, Esmahan moved to Calgary and fell in love with the city’s can-do attitude, entrepreneurial spirit and compassionate nature. She spends most of her free time engaging in initiatives to make Calgary even better because she believes that by investing in Calgary now, she is helping to build a better future for all of us. Esmahan has volunteered with multiple organizations in Calgary, including the Elizabeth Fry Society of Calgary. From December 2013 to Fall of 2015, Esmahan was a board member for Peer Mediation and Skills Training, a group that works to provide youth with the tools they need to address conflict in their lives including working with Rockyview District School Board Executives and Primary Health Residents at Foothills Hospital in conflict resolution theory. Currently, Esmahan serves on the board for Community Mediation Calgary Services and is a member of the Business and Professional Women’s Association of Calgary where she serves as the Chairperson for Women in Politics for the Business and Professional Women’s Association of Canada.

Esmahan is a Professional Problem Solver

Esmahan is an entrepreneur who owns her own mediation firm. She is a mediator specializing in civil, corporate and family disputes. As a mediator, Esmahan regularly rises to the challenge of building trust in situations where tensions are high and trust is low. Her patience, objectivity and empathy allow her great success in the mediation room. Esmahan also engages in pro-bono mediations of neighbourhood disputes for Community Mediation Calgary Services. Esmahan is one of only a few thousand mediators in the country with a professional designation granted by the Alternative Dispute Resolution Institute of Canada and studied Mediation and Third Party Intervention at the University of Calgary and Justice Institute of British Columbia.

Esmahan is a Changemaker Who Gets it Done

Esmahan adopted the unofficial Alberta motto of “git-r-done” as her own. That’s why, in the fall of 2015 when Syrian refugees began to make Calgary their home, she joined together with a few friends and co-founded an organization called Ahlain. Ahlain uses technology to assist Syrian refugees in adapting to their new lives in Canada.  Ahlain creates and develops thematic videos that provide information on such topics like taking public transportation and how to get a driver’s license. The videos are available on Ahlain’s free app as well as online.

When Esmahan and a group of friends got together in the spring of 2016 and realized that only 13% of Calgary’s City Council is made up of women, she co-founded the non-partisan and non-profs Ask Her. The mission of Ask Her is to increase the participation of women in municipal politics through engagement and capacity building. She served as president until October of 2015 with a focus on establishing Ask Her’s credibility and reach. Esmahan resigned in October when she decided to run for Calgary City Council. She continues to be a vocal supporter of Ask Her and of all women in politics.

Esmahan is the loving owner of a 6-year-old pomeranian (Mia). She has lived in Ward 6 for over seven years.